What is your advice for our WHS rising stars?
Stay excited! Especially if you are aiming to get into a creative field in your future, it will likely be a long slog. "Overnight success" is rare, and often preceded by years of hard work. If you can keep your excitement and your passion for the craft and keep learning and doing the hard work, then you'll make it! 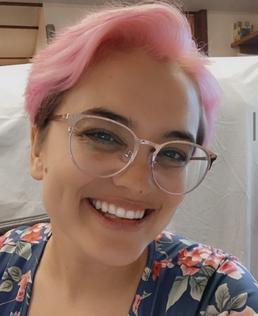 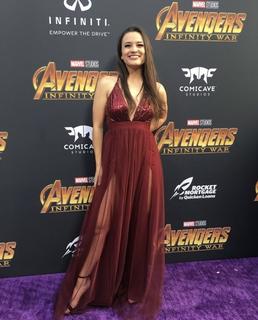 Where are they now?

She went on to attend UCLA, where she eventually figured out

that she wanted to write movies and TV for a living. While she is

still working toward that dream, she has been working in Post

Endgame, then as the Post Production Coordinator on WandaVision

and She-Hulk: Attorney At Law. ​

What are you doing now?
I am an aspiring screenwriter, and for my day job I work in Post

What is your favorite production that you have done and why?
In high school, I had a lot of fun with my Junior musical, Curtains! I got to dramatically die on stage, which was extremely fun.

What made you pursue theater?
I've always loved storytelling and team sports, so theater, film, and television are prime examples of the intersection of those two things.

​
What classes did you take in college that prepared you for your current job?
I did not go to film school or anything, in fact, I didn't realize I wanted to pursue screenwriting until my Junior year of college. My English classes served me well, specifically a Lord of the Rings course I took where I met my writing partner. Overall though, at least from what I've encountered in the film and television industry, your coursework and the school you attend are not as important as following your passion and putting in the work. In college, look through the course list and take classes that excite you, things that are interesting, even if they have nothing to do with your major. I don't often use the things I learned in my astrophysics class, for example, but it was extremely fun stuff to learn about.