After graduating from Woodside High School, Mr. Woodruff earned his Bachelor of Arts degree from The University of California Los Angeles where he began a successful career in the entertainment industry. Before moving back to the bay area, Mr. Woodruff performed on stage and screen with acclaimed artists such as: Bernadette Peters, Mitzi Gaynor, Susanne Summers, Mickey Rooney, Ann Miller, Juliette Prowse, Bette Midler, Rita Moreno, Carol Lawrence, and Donald O’Connor. His television credits include: The Lucille Ball Special, The Tim Conway Special, Charlie’s Angels and Merv Griffin.
He has directed, choreographed, and taught dance throughout the bay area where he still teaches and is delighted to be heading up the Theatre Arts program in the very place where his love of Theatre began. Mr. Woodruff received his teaching credential from Notre Dame de Namur University in Belmont Ca.

After Graduating from UCLA, Mr. Woodruff played 4 yrs. of professional Baseball before moving into the Entertainment Industry. 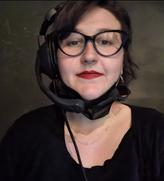 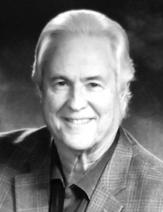 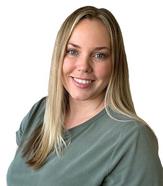 Karen Peterson  has produced 12 Woodside High School musicals.  While teaching 40 years at Woodside Elementary, she was involved in 30 eighth grade operettas. Karen is also associated with the Woodside Community Theatre for over 15 years. Although she enjoys the musical productions, Karen doesn't sing, dance, act, or play a musical instrument.  She appreciates working with this awesome production crew and the fantastic students/parents. The challenge of seeing through to the end product from our Company and the camaraderie of our theatre family makes Karen proud to be the producer. 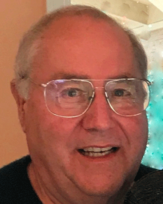 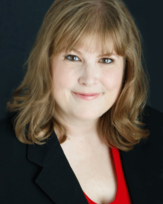 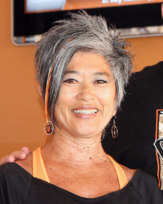 ​Don Coluzzi serves as a technical volunteer in the drama department, and has done so since his two children attended Woodside High School in the late 1980’s and early 1990’s. He has over 40 years of production credits with many community theatres on the Peninsula, along with Menlo-Atherton and Menlo High Schools.
His current ‘job list’ at Woodside encompasses set and lighting design, scene shop foreman, master carpenter, master electrician, and stage management. He has been a principal part of every drama production in the ‘new’ Performing Arts Center since it opened, and he is thrilled to be on the artistic teams assembled by Barry Woodruff.  He enjoys seeing and helping the countless number of students as they perform, and he is grateful to all of the parents (and alumni) for their tireless work on those productions.
Don currently is a clinical professor of dentistry at UCSF, following his retirement from a private practice in Redwood City.​​

Kim started dancing at the age of 8 in Redwood City, CA where she was trained in tap, jazz, ballet, and musical theatre. She coached Woodside High School’s dance team coach for 15 years and has been the theatre department choreographer since 2004.  Her professional dance experience includes industrials for Hitachi, Google, Ingenix, Genentech, Sislex, The American Cancer Society, as well as Bastille Day at Hotel Sofitel. In 2008, Kim toured and performed with singer Arielle Paige as a backup dancer, performing shows in San Francisco and Las Vegas. In 2013, Kim had the opportunity to choreograph and perform for Hip Housing and singer, dancer, actress Rita Moreno. In 2016, Kim was part of the Super Bowl 50 Pregame & Half Time show with Lady Gaga, Beyonce, Bruno Mars, and Cold Play!
Along with her work at Melodic Remedy and Woodside High, Kim has choreographed for various theatre companies including Portola Valley's Theatre Conservatory, Hillbarn Theatre, and Woodside Community Theatre.
​

Mr. Gaydos, a Southern California native, received his Bachelor of Music Education from Cal State Fullerton. His primary instruments are: trumpet, piano, violin, and oboe. Mr. Gaydos attended Fountain Valley High School where he was part of a rigorous marching program and an award-winning scholastic indoor percussion group. This is also Mr. Gaydos’ first year teaching. He is excited to bring new music and culture into the Woodside music program.

Juliet Green has been a music educator in the Portola Valley School District since 1991, and is thrilled to have the opportunity to work with the amazing students, parents, and staff at Woodside. At Corte Madera School, she directs the award-winning vocal jazz ensemble program Panache and teaches musical theater. She has also been on the faculty of the Stanford Jazz Workshop, Jazz Camp West, and the Jazzschool in Berkeley. As a performer, she has performed many roles in the area with Hillbarn, Broadway by the Bay, Portola Valley Theater Conservatory, and most recently was seen as the Lady of the Lake in Palo Alto Players' "Spamalot". She sings regularly with San Jose big band "A Touch of Brass" and a cappella sextet Ro Sham Bo. Her two CDs, "Simple" and "Think About That" are widely available.